White hair cats are one of the most admired in the animal world. Some think that white cats are the result of multiple genetic mutations, and yet it has been found that the first breeds of cats that populated the planet had mainly light colours or a mixture.

When you are looking for information about cats, many of the most curious secrets have to do with the colour of their fur. Today we are going to see what is said about white cats, with some of the curiosities that you might not have known and that will surprise you.

They have their origin in the Middle East

The first information about the white colour of cats’ fur comes from the Middle East. Just in these countries where the sun shines brightest, the white hair of the cat useful to help keep their body heat stable, rather than as camouflage.

From the Middle East, totally white cats were extended to the rest of the world, being especially valued by the upper classes of society.

Their ancestors were long-haired

And it is precisely that the first races of white-haired cats also had long hair. Races like the Angora were among the first to spread like pets because of their beauty, being the most admired in ancient times.

As a result of these first long hair cats gave rise to new races and other crosses, giving rise to cats of short and semi-long hair hundreds of years ago.

They usually have blue eyes

Genetic experts say that the gene that provides the white colour to the cat’s coat is a mutation of the albinism gene. For this reason, many of the cats that have white hair tend to also have light eyes.

The most frequent tones are blue, with a range of colours from the most intense turquoise, to the dull blue-grey.  It is also common for white cats to have heterochromia, with each eye of a different colour, with blue and green being the most common.

They can be deaf

Although this peculiarity is not confirmed in all white cats, the vast majority of animals that have completely white fur and light eyes are usually also deaf.

According to numerous studies, a cat that is white and has blue eyes, is more likely to have deafness, being more common if the cat also presents heterochromia with different coloured eyes.

And your kitty, did you already know all these curiosities about white cats? 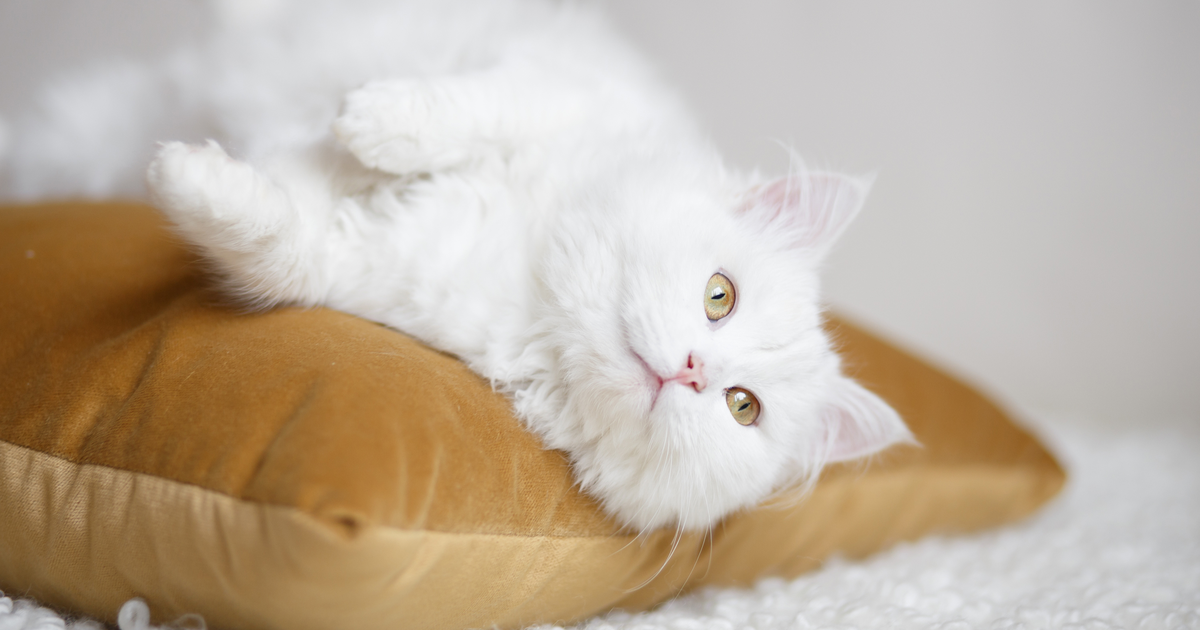 THE MOST READ
How to take care of someone else’s cat The primordial pouch in cats; what is it and what is it for? What dreaming about cats mean